The Inflation Reduction Act (IRA) will send hundreds of billions of dollars towards efforts ranging from fighting climate change to reducing the deficit to changing how big corporations pay taxes. But you wouldn’t know that by listening to Democratic and Republican lawmakers in recent weeks. Both parties are ready to […]

The Inflation Reduction Act (IRA) will send hundreds of billions of dollars towards efforts ranging from fighting climate change to reducing the deficit to changing how big corporations pay taxes.

But you wouldn’t know that by listening to Democratic and Republican lawmakers in recent weeks.

Both parties are ready to head home for the final campaign trail sprint ahead of November’s election — and both sides are deploying the sprawling legislation as a key talking point. Democrats appear set to focus on how the law aims to bring down prescription drug costs. Meanwhile, Republicans are primed to attack a different part of the 730-page bill: increased funding for the Internal Revenue Service.

On Thursday morning, dueling lawmaker events made the contrast clear.

“On the very first day, our very first bill, we will repeal the 87,000 IRS agents because your government should be here to help you, not to go after you,” House Minority Leader Kevin McCarthy said Thursday morning, referencing Republicans’ push to repeal the IRA if they take control of Congress next year.

Meanwhile, Democrats on Congress’s Joint Economic Committee released an analysis focused largely on how a repeal of the IRA could drive up drug prices and health care costs. The new law includes a host of health care reforms, such as allowing Medicare to negotiate drug prices and also an extension of health insurance subsidies first implemented by Obamacare.

“Simply put, Republicans are making a commitment to America to raise costs for families,” Rep. Don Beyer (D-VA), the chairman of the committee, told reporters. He added that the GOP plan, “beyond repealing the Inflation Reduction act, has almost no policy specifics.”

President Biden has also talked extensively about health care costs, including during a speech Tuesday touting the law’s provisions and attacking Republicans for opposing them.

A polarizing piece of legislation

The split focus among the lawmakers reflects a divide in the polling around the IRA with drug price provisions consistently among the most popular parts of the law and increased funding for the IRS the least popular element.

Lawmakers are adding $80 billion to the IRS budget, which is expected to bring in over $200 billion in increased tax revenue. The provision has led some Republicans to claim a flood of new IRS agents are coming after hardworking Americans. The agency itself has pushed back, saying it plans to target tax cheats, not everyday Americans.

Of course, some Americans have cheered other aspects of the bill, including climate change provisions. On Thursday, the House Select committee on the climate crisis held a hearing to bring attention to the climate issues in the bill.

“We are going to talk today about how the Inflation Reduction Act will help families lower electric and fuel bills, create jobs, and expand investments in US manufacturing,” the chair of the committee, Kathy Castor (D-FL), said Thursday to kick off that hearing.

‘I would believe them when they make these kinds of threats’

But in the campaign speeches, drug prices and the IRS have emerged as the central campaign trail issues with other provisions of the law often ignored completely.

During Tuesday’s GOP event for example, House Whip Steve Scalise (R-LA) promised that Republicans will “bring an energy policy that promotes American energy after we’ve seen a year and a half of attacks on American energy.” Of course, he failed to mention the IRA was shaped by fossil fuel-friendly Sen. Joe Manchin (D-WV) and had plenty of provisions in it for oil producers to like.

Republicans have indeed discussed repealing some of the prescription drug provisions. In the recently released “Commitment to America” GOP leaders say that “Democrats’ drug takeover scheme could lead to 135 fewer lifesaving treatments and cures.”

Democrats, who see the drug provisions as widely popular and a clear political winner, appear primed to remind voters about them every chance they get.

“I would believe them when they make these kinds of threats,” Jan Schakowsky (D-IL) told reporters on Thursday. “I believe Kevin McCarthy and I believe that the Republicans would actually do that.”

Ben Werschkul is a Washington correspondent for Yahoo Finance.

Financial markets are a mess, investors are blaming the Fed and central banks : NPR 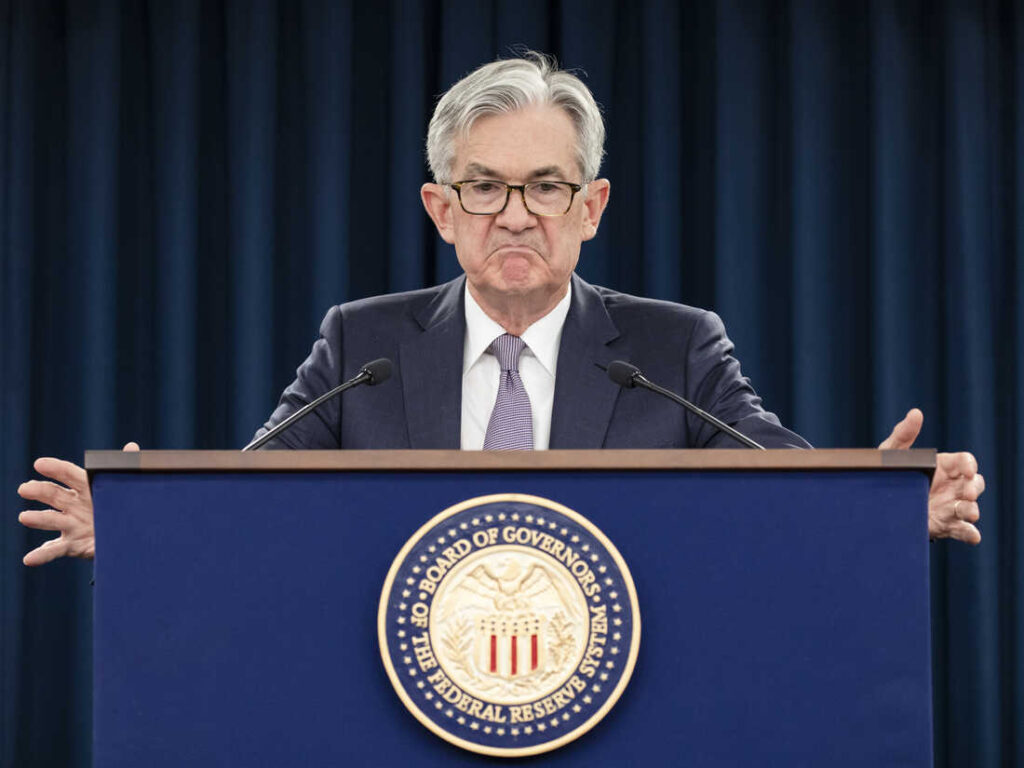