GrayMatter Robotics, a startup based in Gardena (and definitely not a “Breaking Bad” reference, the founders assure us) is looking to disrupt the industrial finishing and sanding industry by programming robotic arms with artificial intelligence software to automate this labor. At first look, the company’s manufacturing setup in Gardena looks […]

GrayMatter Robotics, a startup based in Gardena (and definitely not a “Breaking Bad” reference, the founders assure us) is looking to disrupt the industrial finishing and sanding industry by programming robotic arms with artificial intelligence software to automate this labor.

At first look, the company’s manufacturing setup in Gardena looks like an unassuming warehouse. It’s sterile, with minimal decoration except a massive American flag on one shop wall. It’s reminiscent of an engineering lab, but still has the feel of a startup since, well, it’s literally in a garage for now. 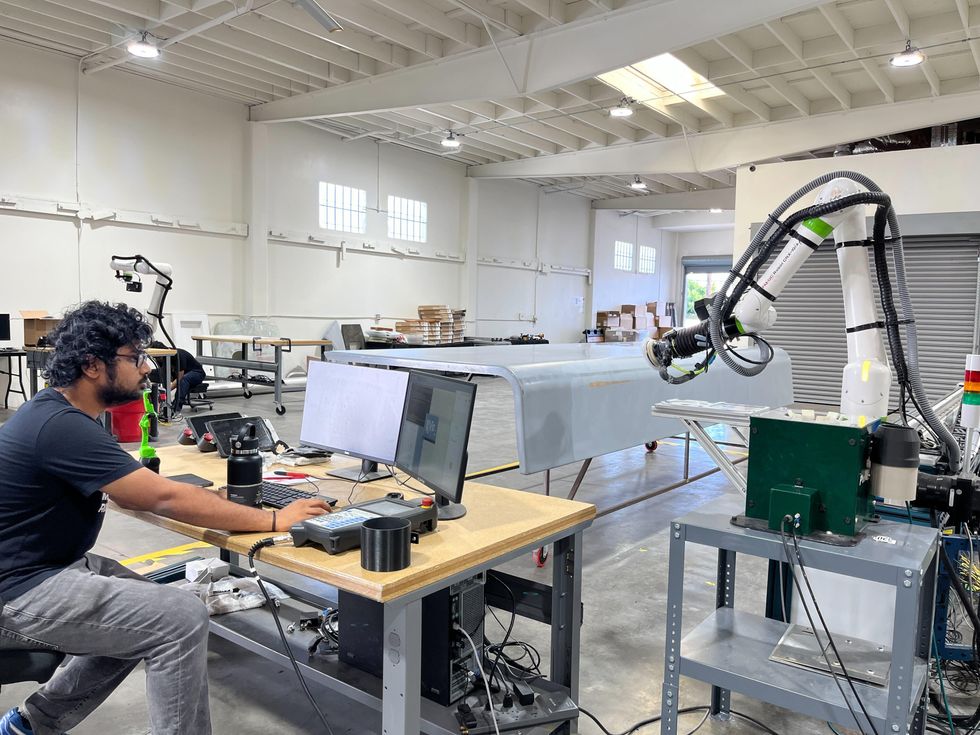 Ironically, my arrival comes shortly before the headquarters will drastically change its look. Co-founder and CEO Ariyan Kabir has big plans for his modest space, and is planning a remodel in coming months that will add some flair to the currently minimalist, efficient setup.

On one wall, boxes of guitar bodies, still in their skeletal state, await sanding and finishing. GrayMatter co-founder and CTO Brual Shah points out that musical instruments are just one of the products his company’s robots are being enlisted to work on. Additionally, there’s faux marble sinks, a metal lamp post, and parts of a Metro bus: all parts GrayMatter’s either sourced itself or been given by clients to test sanding on.

“A single robot [is] typically two to four times faster than a single human,” Kabir says, noting that most of GrayMatter’s clients use multiple robots at a time. He and Shah both say their enterprise is building “brains for robots” and said that while their robots don’t have an official name, some customers have been calling it – of course – Sandy.

The robot arms can take care of an array of tasks, from sanding to buffing, polishing or spraying. Kabir said the robotic cells vary in size from under a foot to up to about three feet tall. The larger arms are busy practicing sanding techniques on sizable projects – including a bathtub and the hull of a boat.

Typically, it takes a human being an hour to finish sanding one of the large bathtubs GrayMatter’s robot is diligently scrubbing away at. But at max capacity the bot is able to sand the surface in less than half the time. 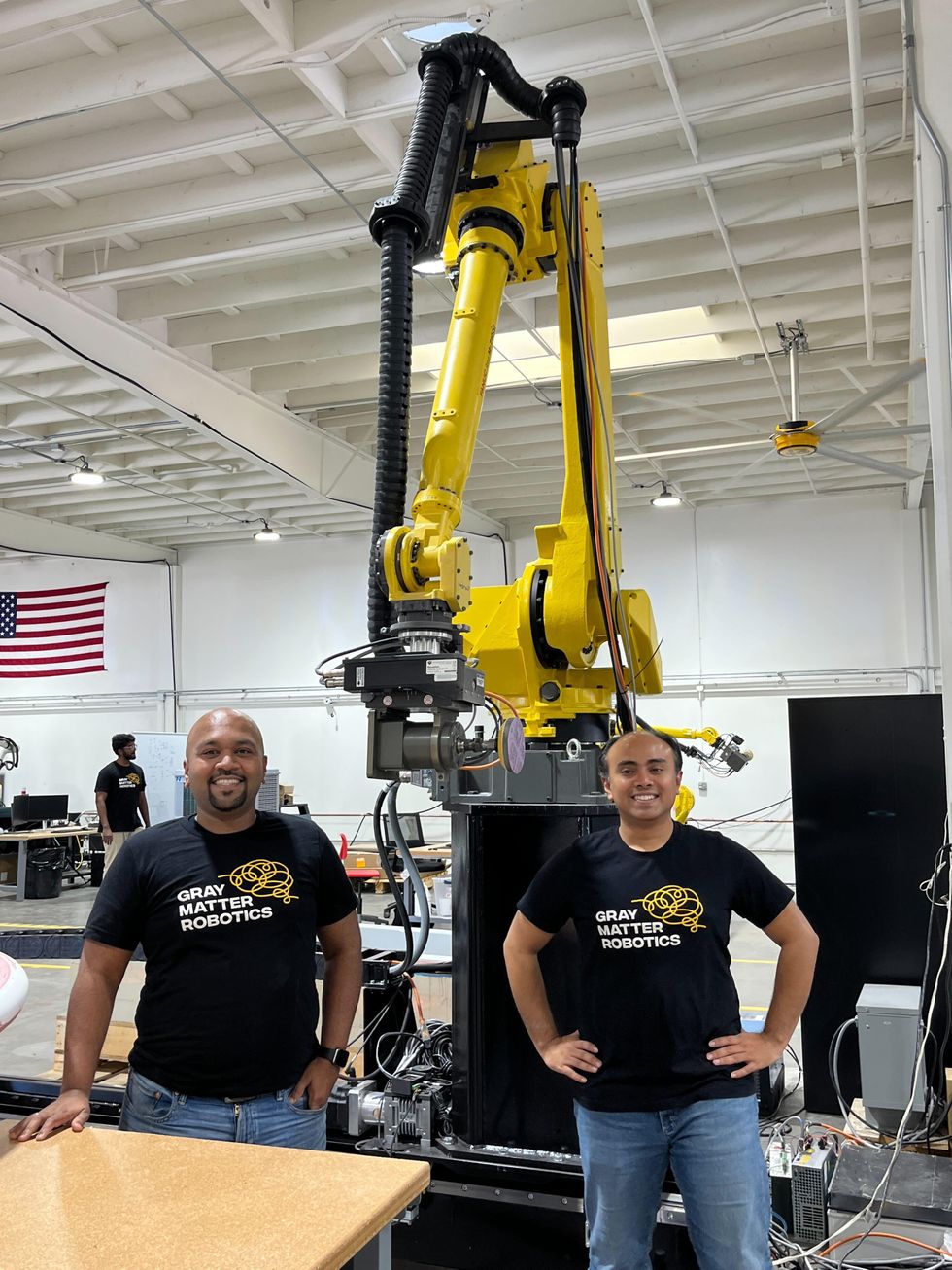 Kabir notes two key factors have helped GrayMatter’s business grow – first, the cost of sensors like the ones used in its robots has been steadily falling since 2016; Microsoft noted in a 2019 report that the price of a sensor plunged to an affordable $.44 each. Second, high labor turnover is prompting manufacturers to rethink using robots.

Which helps explain how GrayMatter has been able to raise roughly $24 million, most recently $20 million Series A last month. It also aims to expand its workforce from 17 to 40 people, Kabir said.

In the back of the shop, Shah points to a football helmet the robots have been practicing on. He says one of GrayMatter’s clients is a manufacturer that reconditions and restores helmets for re-use.

“High school up to the NFL, all teams send their helmets to this one [original equipment manufacturer], and the robot sands them or cleans them, polishes them, puts the decal [on] for the next year. It’s recession-proof,” Shah continues.

Shah and Kabir were adamant that their technology isn’t trying to put humans out of work. The idea being that instead of risking carpal tunnel syndrome or inhaling potentially toxic dust and residue from the finishing process, people who usually work the production line are trained to oversee the robots. Shah says once a human is trained on the software, they’re equipped to manage up to 10 robots at a time.

To that end, many industries are pushing to add automation to their factories. One Manufacturer’s Alliance’s 2021 manufacturing workforce trends survey found that 30% of plant managers were implementing some kind of automation.

“For humans, it’s a life changer,” Shah says. “At one of our customer sites, the guy who used to sand by hand before, after introducing the robot, he now became the robot operator.”

But there’s likely going to be hurdles in training these workers. A study published in Oxford University Press last year found that low-skilled workers in these types of factory jobs often faced difficulty in using new technology due to lack of training.

“With the increased prominence of job automation and technological advances in the workforce, low-skilled workers are at risk for fewer opportunities within the labor market,” the study’s authors noted, and emphasized the importance of continuing adult education.

In his 2020 paper on robots replacing humans in the workforce, MIT professor of economics Daron Acemoglu wrote that adding one robot replaces 3.3 human jobs. 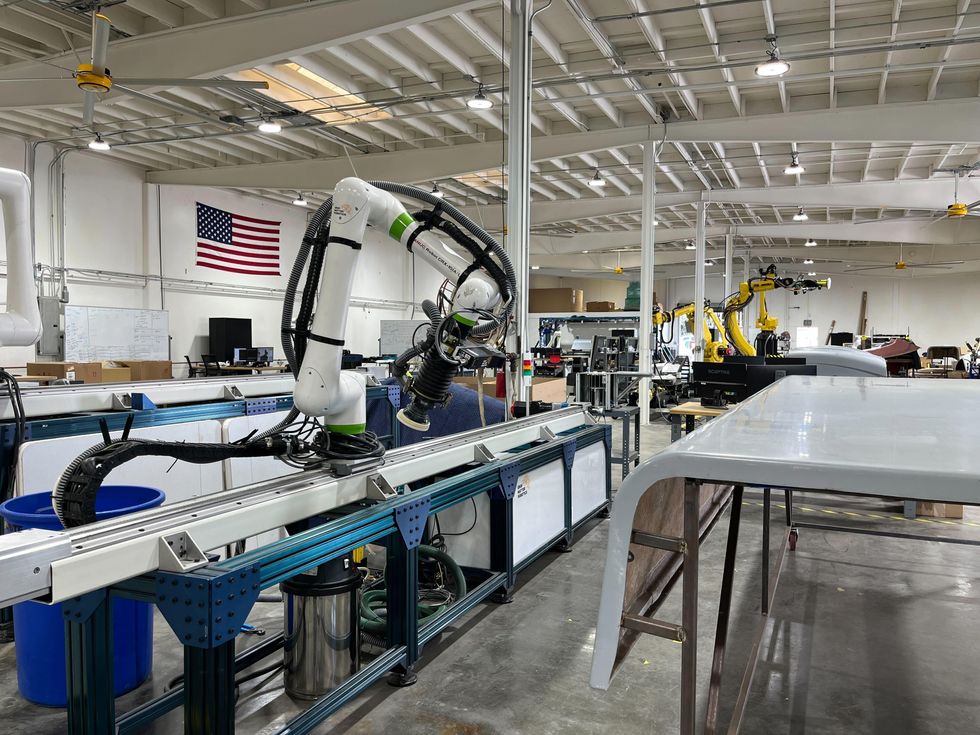 While GrayMatter’s software at first glance seems pretty point-and-click, workers still will need comprehensive training on how to operate, troubleshoot and oversee the robots safely. It’s possible then that the barrier to entry is unlikely to be as straightforward as Shah and Kabir suggest.

Worse still, research suggests that companies that are quick to add robots also tend to ask more of their human workforce. Another MIT study conducted by Acemoglu found that from 2010 to 2015 firms that brought on robots saw employee hours also increase by nearly 11%.

Still, the same study found that a 20% rise in industrial robot use during that same time period led to a 3.2% decline in overall employment.

When asked about this, Kabir told dot.LA, “we design the systems for the shop floor workers with a very simple [interface]. Our [user interface] for the shop floor operator has only three buttons and the system runs pretty autonomously.” He added that GrayMatter also trains factory managers to troubleshoot common hardware and software issues.

For manufacturers, however, the draw of being able to get more done by using robots is an obvious one. Kabir wouldn’t disclose how much clients pay to access the subscription that gives them access to GrayMatter’s robots (which are pre-built and sourced from Japan), software, and any necessary updates or maintenance. He referred to one customer that in a single year, “lost $5 million in a single production line, just for scrap, repair and rework costs for human mistakes.”

Adding that, “The robots are consistent in quality. They’re good for humans.” Which humans he’s referring to, however, remains to be seen.

From Your Site Articles

Related Articles Around the Web

Mon Oct 3 , 2022
Starting a new business can be exciting and invigorating. With the right mindset, you can drive your start-up to success and corner your local market or niche. Eventually – and with the right market conditions – you may even grow a gargantuan business that you can run for the rest […] 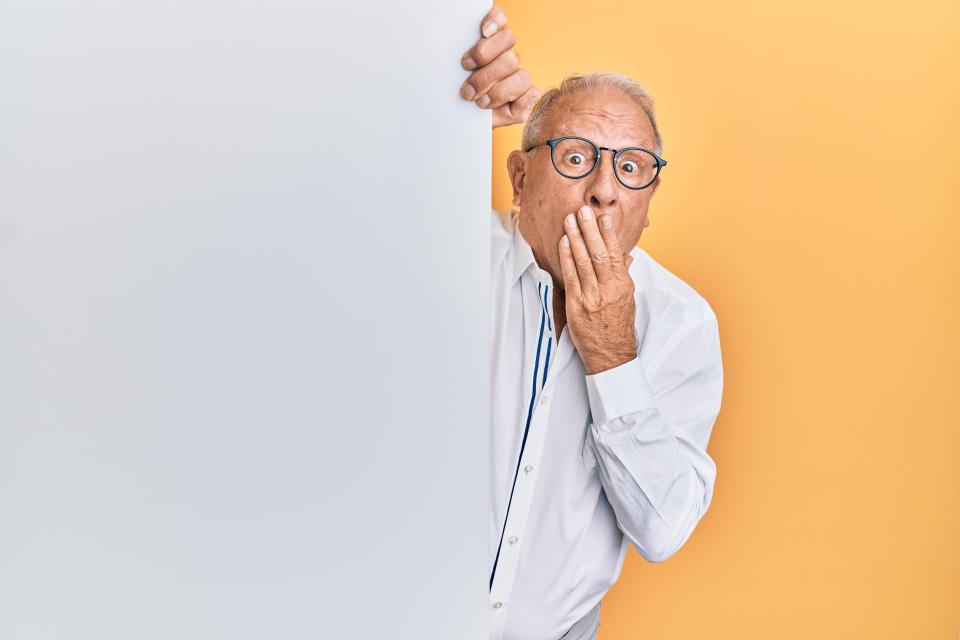