The shape and composition of the federal government’s landmark Jobs and Skills Summit is becoming clearer, with leading employment groups declaring their focus on migration, productivity, industrial relations reform, and eliminating workplace discrimination.

With barely a fortnight to go until business leaders and lawmakers descend on Canberra for the two-day event, Business Council of Australia (BCA) chief executive Jennifer Westacott says her organisation will champion three big picture objectives.

Consensus over the future of Australia’s industrial base, a commitment to turbocharge productivity, and plans to make Australia’s economy more flexible and resilient to future shocks comprise on the group’s three-pronged agenda, Westacott said in a piece first published in The Australian Financial Review.

On the first point — industry diversification — Westacott said the nation’s economic base is “too narrow”.

The latest stories, funding information, and expert advice. Free to sign up.

“We need to re-orientate Australia’s circumstances where we rely on the fortunes of too few industries and too few markets to an economy that is at the cutting edge of technology, value creation and industries of global scale,” she said.

And a flexible approach to those changes is essential, according to the BCA.

“The country cannot be successful if it is rigid — whether that’s getting new skills; putting trucks on the roads; getting new inventions approved quickly; building a house, shopping centre or new offices; or getting a major renewable energy project off the ground,” she said.

Westacott’s statement also taps into debate over the industrial relations system and how workers it can provide for workers in the gig economy.

Labor has proclaimed plans to eradicate “insecure work” by clamping down on irregular casual employment, and empower the Fair Work Commission to set minimum wages for “employee-like” workers who service rideshare and food delivery apps.

With the government’s policy agenda clearly stated, Westacott called for the summit to protect “flexibility” for workers and employers.

“Flexibility is not about insecurity,” she said.

“I would argue flexibility is essential to secure work. It’s about allowing people to work the way they want to get the most out of their jobs, and it’s about enabling employers to get the best performance out of their teams.”

While the BCA largely represents the big end of town, the Council of Small Business Organisations of Australia (COSBOA) has also confirmed its attendance at the summit.

Among the group’s priorities: short- and long-term solutions to Australia’s labour shortage, which has hampered the ability of small businesses to find and retain qualified staff.

“Our members have been telling us that small businesses are struggling to find staff for well over a year now,” COSBOA CEO Alexi Boyd said last week.

A simpler industrial relations system is also on COSBOA’s summit wishlist, Boyd said, saying small businesses without a team of lawyers by their side can struggle to navigate today’s awards system.

“We come to the table ready to argue the small business point-of-view and listen to the views of other stakeholders with an open mind.”

As business groups refine their pitches for the summit, the federal government is also highlighting its priorities through industry roundtables and fresh public statements.

On Monday, Minister for Industry and Science Ed Husic announced five meetings with industry leaders over the course of the week, saying the roundtables will hone his contributions to the Summit.

On the agenda: science and commercialisation, digital and tech-based skills, advanced manufacturing, artificial intelligence, and the role of industrial unions.

Those discussions, and the impending Summit, will serve as “the start of engagement with these industry sectors,” Husic said.

Advancing the pay disparity between men and women and the structural factors which account for the gap is also a priority, with Minister for Finance and Minister for Women Katy Gallagher highlighting the government’s cheaper childcare plan ahead of the Summit.

The government is not alone in declaring those issues a priority, with Westacott’s pre-Summit statement saying women’s workforce participation a “core economic issue, not a side issue”.

And while removing barriers to participation is important, so too is protecting the rights, safety, and career pathways offered to women in the workforce, Westacott said.

“We must break the barriers to advancement, to leadership and start by unambiguously and consistently stamping out harassment and bullying in every business, in every organisation in every part of the country.”

prep and planning to get business loans

Mon Aug 15 , 2022
Marc L. Goldberg Banks typically only approve less than 15% of the loans sought. However as a small business owner, bank financing is usually the most reliable source. What are some of the actions you can take to prepare for a loan to assure maximum potential for acceptance? From the […] 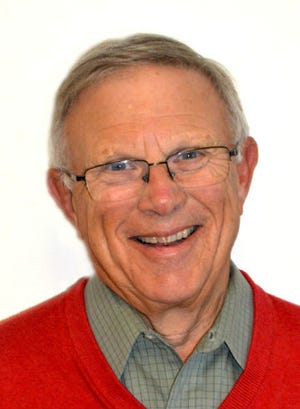