Jealous of Biden’s big gift to students? 17 million workers are still missing out on free money The promise of free money is typically pretty alluring. After all, millions of people are rejoicing now that President Joe Biden has finally announced mass forgiveness of student debt. So why, then, are […]

The promise of free money is typically pretty alluring. After all, millions of people are rejoicing now that President Joe Biden has finally announced mass forgiveness of student debt.

So why, then, are 1 in 10 working Americans missing out on thousands in free cash that’s available right now and has been for a long time?

A 401(k) match from your employer is the closest thing many people get to free money, and studies show millions are missing out.

That’s one reason why the Securing a Strong Retirement Act of 2022 — also known as the Secure Act 2.0 — passed in the House by a landslide vote of 414-5 back in March. Among other things, the Act will require most employers to automatically enroll workers in their retirement plans.

Still, it will be a year or more until that rule comes into effect, and existing 401(k) plans will be exempt. Here’s how to be proactive and get the money you’re owed now.

A 401(k) match is a common program that sees your company double up whatever you contribute to a workplace retirement account, up to a certain limit.

This perk is part of your compensation package when you get a job, so if you don’t take full advantage, it’s like you’re not taking part of your salary.

Say you make $60,000 a year, and your employer offers a dollar-for-dollar match up to 6% of your salary. That means the maximum your employer will give you is $3,600 each year.

Opportunities like these don’t come around often in life, and yet 17.5 million Americans are guilty of not cashing in on the full offer they receive, according to a survey by MagnifyMoney.

How will the Secure Act 2.0 change things?

It’s not like retirement saving isn’t important to Americans, with 71% of people calling “living comfortably in retirement” a top life goal in a 2022 Principal Financial Group survey.

Yet roughly half of Americans aren’t confident their savings are enough or have confidence in their retirement planning.

Under the Secure Act 2.0, workers would be automatically enrolled in a 401(k) at a contribution rate of 3% of their pay. Assuming you don’t opt out, the contribution rate would then increase by 1% annually until it hits a maximum of 10-15%.

The legislation would also expand what you can do with your 401(k) contributions, and many employers are buying in.

A survey of over 360 employers by business advisory firm WTW found 38% plan to allow employees to divert their contributions to things like reducing student loan debt, adding to emergency savings or topping up a health savings account — all while still receiving a company match on those amounts.

About 28% of employers surveyed also plan to boost their plans by doing things like increasing the automatic deferral amount.

The Principal survey says 62% of workers list employer-match contributions as a top criteria for reaching their retirement goals.

But when it comes to knowing about and contributing to 401k plans, the MagnifyMoney survey shows a small number of respondents say they don’t understand how 401(k) retirement plans work (6%) or don’t know whether their company offers a match (17%).

Some employees (12%) say they want to wait until they’re older to contribute. But as any financial expert will tell you, contributing as soon as possible is critical since it gives your investments more time to grow.

The biggest reason why employees don’t take full advantage is affordability; over a third of respondents to the MagnifyMoney survey say they just can’t contribute as much as they’d like. That makes sense, especially at a time when many families’ budgets are being stretched to the breaking point.

How to start taking full advantage

When this much money is on the line, you’ll want to set up a talk with your HR representative right away.

Prioritizing your 401(k) over other saving and investing options is often a smart move, at least until you max out your company match.

One exception could be building up your emergency fund — in a crisis, pulling money out of a 401(k) early can trigger costly penalties.

If you’ve got enough money to spare, your first step should be setting up automatic withdrawals from your paycheck. A “set-it-and-forget-it” approach will ensure you get the maximum match.

Keep in mind that the new legislation means you could have multiple options for what you do with your contributions in the future.

Remember you can always invest more than the amount your employer will match. And since these automatic withdrawals typically come from your pre-tax income, you won’t need to pay taxes on your contributions.

What to read next

This article provides information only and should not be construed as advice. It is provided without warranty of any kind.

Winning at Entrepreneurship and Taking it to the Next Level

Tue Aug 30 , 2022
This Q&A has been edited and condensed. What is your job title and where do you work? I am Founder and Managing Director of Khera Ventures. I founded the company to invest in, and assist entrepreneurs seeking to bring innovative technologies to market. I work in McLean, Virginia. What does […] 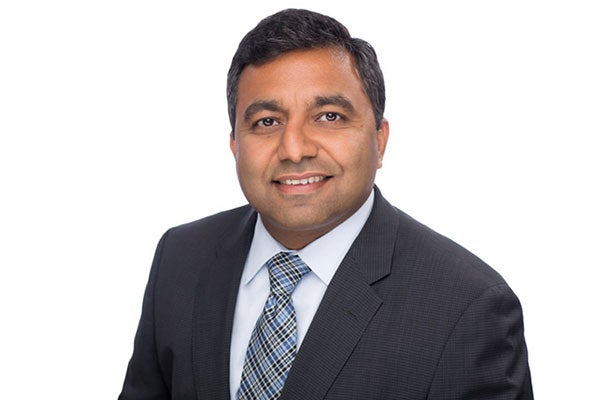