Mark Blank of Menasha has come a long way since dropping out of high school and leaving home at age 16. Despite a hard beginning, he equates his journey to the story line in the movie “Gran Torino.” In that film, a bitter and lonely young man is transformed into a confident […]

Mark Blank of Menasha has come a long way since dropping out of high school and leaving home at age 16. Despite a hard beginning, he equates his journey to the story line in the movie “Gran Torino.”

In that film, a bitter and lonely young man is transformed into a confident and happy individual. For Blank, it was his best friend’s father who made that great impact in his life.

“We worked side by side, and he taught me how to do all of the mechanical basics like electrical and plumbing,” Blank said. “His attention and direction changed my life.”

Another great influence came when Blank was given the opportunity to rebuild a 1970 Chevy C10. The truck had been driven hard for many years before being relegated to a pasture on his father-in-law’s farm for 23 years.

“I had never done a restoration project before and I found that I really enjoyed it,” Blank said. “I wanted to redo that truck and make it my own. I did a lot of metal work and fabrication on it. That was my first experience with welding and I loved it.”

He had spent a few decades working at Hillshire Farms in New London, but decided to make a career change. The first step was to acquire a GED, and he passed with ease.  After that, he enrolled at Fox Valley Technical College in 2018 to pursue an associate degree in welding and metal fabrication.

Shortly after, he was hired as a full-time welder at Muza Metal Products in Oshkosh. In his spare hours, he pursued an idea that had been germinating since he started restoring the Chevy C10.

“When I was building the truck, I was getting through the first portion, and when I was planning on starting on the back of the truck, I wondered what people were doing with the chains on the tailgates,” Blank said.

Until 1987, tailgates had chains that required a person to manually unhook them. For restorers, in addition to the inconvenience, there was also the issue of damaging a new paint job when the chains moved around. Some owners were using padding to cover the chains, but it was still difficult to open.

Blank spent time at classic car shows to see what other owners were doing and found some had bolted or welded them shut or just stopped using them. He had a better solution.

“After putting thought and consideration into it, I decided I would make a handle,” he said.

He utilized 3D printing and learned how to draw his invention. When he presented his prototype at car shows, the handles were a hit and people were asking to buy one.  Blank set up an LLC, Blank Sheet Metal Fabrication, and after obtaining a provisional patent, has submitted a patent application.

He is on the fifth revision of the handles, and is making specific handles for a variety of trucks. The handles are available as kits or full installations. The comments from customers have been excellent.

“Mainly, I hear stuff like, ‘I can’t believe this went on for 40 years and no one ever thought to put a handle on it,’” Blank said.

RELATED:When he’s not working at Midstate Tech or raising seven kids, Wittenberg man is making walls from hemp and building a business

The handles can be seen on his Facebook page, but his main marketing has been through attendance at car shows. He was a finalist in a regional business plan competition, and has been busy finalizing a business plan that includes much more than handles.

He has a 10-year plan that includes finishing school, attending business classes, obtaining the patent and starting a business doing outsourcing work for bigger companies.

“In the next year, I want to open a small welding shop with two to three employees,” Blank said. “We will specialize in doing small runs of something specific for that customer.”

His biggest startup costs will be the purchase of a press brake and laser. He also will need to find an adequate space to lease. The plans are in place, and he recognizes that there will be a risk in going from a full-time job and side business to a full-time business.

“I know that there will be upfront costs, but I consider myself a planned risk taker,” Blank said. “I’m not going out on a whim and just doing this. I am minimizing the risks with planning.”

With off hours spent planning the business and filling customer orders for handles, Blank also works to improve skills needed for business management. Although he currently writes out orders and does bookkeeping by hand, that won’t work once Blank Sheet Metal Fabrication is open.

“The financial aspect is a weakness, and I intend to take a business class for that,” Blank said. “As a small business owner, my roles include customer service and support, marketing, planning, dealing with taxes — everything associated with management.”

He hopes to take the E-seed Express Entrepreneurial Training Series at Fox Valley Tech to hone those skills. In the interim, his goals include obtaining the patent, finalizing the business plan and refining his invention.

“I am on the fifth revision of my tailgate handles,” Blank said. “It doesn’t matter how many times you do something; you can always do it better. When people talk about having a dream, I know that realizing a dream takes a lot of work.  It doesn’t happen on accident.”

Tina Dettman-Bielefeldt is co-owner of DB Commercial Real Estate in Green Bay and past district director for SCORE, Wisconsin.

How to Keep Your Company Safe From Cybercrime By Mastering Security

Mon Aug 8 , 2022
Disclosure: Our goal is to feature products and services that we think you’ll find interesting and useful. If you purchase them, Entrepreneur may get a small share of the revenue from the sale from our commerce partners. Cybercrime is projected to cost the world economy $10.5 trillion annually by 2025. […] 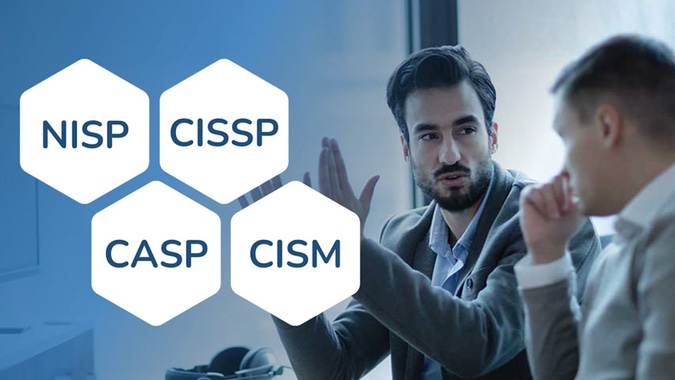