Sherwin Greenblatt knows a thing or two about starting a business. He helped launch and lead Bose, one of the world’s leading manufacturers of headphones, speakers and audio technology. Greenblatt has also helped guide hundreds of other prospective entrepreneurs through the best practices and pitfalls of creating a business. In his […]

Sherwin Greenblatt knows a thing or two about starting a business.

He helped launch and lead Bose, one of the world’s leading manufacturers of headphones, speakers and audio technology.

Greenblatt has also helped guide hundreds of other prospective entrepreneurs through the best practices and pitfalls of creating a business.

In his eyes, successful entrepreneurs are one of the cornerstones of successful communities.

Last time at CivicCon:CivicCon: Why we’re so far behind on affordable housing, and how we catch up

You might like:CivicCon: Marketing your city with Andrew Davis

At a CivicCon event Sept. 12, Greenblatt will share what he has learned about entrepreneurship and how it can be the motor that grows a community.

Greenblatt is the former president of Bose Corp. and now serves as chairman of the Venture Mentoring Service at the Massachusetts Institute of Technology, which supports innovation and entrepreneurism by matching prospective entrepreneurs with experienced volunteer mentors.

“Being an entrepreneur is very lonely,” he said. “You’re trying to start something new. You’re trying to do something that’s different and it’s like you’re fighting the conventional world. And what (communities) need to think of is building a community of entrepreneurs (where) people who are like-minded and who have like desires can get together, talk with each other, work with each other, learn from each other and then the community will grow.”

VMS is a free, confidential service that connects aspiring entrepreneurs in the MIT community with teams of carefully selected mentors and other services to help turn their for-profit, for-benefit or nonprofit ideas into reality.

The mentors affiliated with the program are volunteers who have gone through the trials and tribulations of starting their own businesses and have come out the other side as successes.

According to VMS, since 2006 its Outreach Training Program has helped 114 organizations in 27 states and 24 countries establish their own mentoring programs.

Greenblatt said in terms of an economic development strategy, he much prefers building up the local entrepreneurial community as opposed to trying to recruit new businesses and corporations to town.

“My belief is that bringing in big companies doesn’t really create many jobs in most cases. You can bring in a huge warehouse and it can be so automated so that there’s relatively few people who get hired,” Greenblatt said. “So, while I don’t think it’s a bad thing to do, it’s usually not the boon that people hope for.”

He added, “My belief is that encouraging local entrepreneurs and starting maybe 10 or 15 small companies is far better in the long run than having one big company, because you get a diversity of things for people to do. In the end, I think you get more jobs. If you have enough of these companies that are small, some of them will make it and get big, and it’ll be a local company so the community will really benefit.”

MIT has partnered with The Spring, a part of the Studer Community Institute, to train local business leaders to be more effective mentors for entrepreneurs who take a risk to start a business in the community.

Greenblatt knows a thing or two about taking risks as well.

He graduated from MIT in 1962 and had an array of job prospects as an engineer at successful and established companies. However, he ended up signing on as the first employee of his former professor at MIT, Amar Bose, because of a shared passion for music.

Greenblatt held the positions of project engineer, chief engineer, director of engineering, executive vice president and, for 15 years, he was president at Bose, helping shepherd the start-up company into a world-renowned business with more than 6,000 employees worldwide and annual revenue of more than $3 billion.

“It’s a story that people interested in entrepreneurship can really relate to, because it has all the struggles of early ideas and bringing ideas to to fruition,” Greenblatt said of helping launch Bose. “When most people tell their stories, they like to tell about the successes, but I like to talk about the challenges that we faced and the things that weren’t so successful leading to our path. So it’s a good story.”

Greenblatt will share more of his experiences and insight on how communities can become more entrepreneurial in a free, open-to-all CivicCon event from 6 to 7:30 p.m. Sept. 12 at The REX Theatre in Pensacola, 18 N. Palafox St.

CivicCon is a partnership of the News Journal and the Studer Community Institute to empower communities to become better places to live, grow, work and invest through smart planning and civic conversations.

Registration is available by searching “CivicCon” at eventbrite.com. Those who register will have the opportunity to submit a question for Greenblatt.

The event will also be livestreamed at pnj.com and at facebook.com/pnjnews.

Thu Sep 8 , 2022
Artificial intelligence related jobs that were closed during Q2 2022 had been online for an average of 30 days when they were taken offline. This was an increase compared to the equivalent figure a year earlier, indicating that the required skillset for these roles has become harder to find in […] 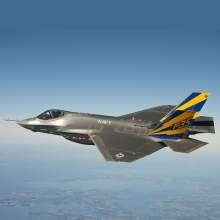