A willingness among Egyptians to engage in entrepreneurship is a positive sign for the country, as other studies have suggested that entrepreneurship could be a significant driver of economic growth throughout the Middle East and North Africa (MENA) region, where women and youth, though well educated, struggle with high levels of unemployment.

The Nielsen study, which interviewed 1,121 respondents from across Egypt, found that most associate entrepreneurship with concepts such as freedom, being your own boss, and earning a high income.

A growing desire for independence and flexibility drives this positive perception, as many identified these as primary motivators for becoming an entrepreneur. At the same time, they also noted financial risk as a significant barrier.

More than half the respondents cited online businesses as an example of entrepreneurial activity, and 45% believe the COVID-19 pandemic increased opportunities for online entrepreneurs in Egypt.

This reflects the experience of many others around the world during the lockdowns. When bricks-and-mortar stores were forced to close, e-commerce-based businesses experienced a boom globally, as more people went online to purchase the goods and services they needed.

Advances in mobile technology and the growth of online businesses are creating more income earning opportunities in Egypt and other MENA countries. The Organisation for Economic Co-operation and Development found that online business processes, such as social commerce and mobile phone payment systems, are lowering barriers to entrepreneurship in the MENA region, particularly for women.

The availability of more income-earning opportunities could be changing how Egyptians view their employment. The Nielsen study revealed a broad approval among Egyptians of having a “side job”, such as when a person takes on part-time activities or starts a small business, in addition to their primary employment, to earn supplemental income.

Again, the attitude among Egyptians is consistent with the global trend, particularly with the growth of the gig economy, in which people use online platforms to sell products and services to earn extra income in their spare time.

Globally, Gig-based activities increased during the pandemic, as economic uncertainty prompted people to seek alternative sources of income. In the process, many discovered that technology enabled them to work from anywhere according to their own schedule, meeting their desire for greater autonomy and flexibility in their work.

According to the Nielsen study, direct selling ranked as the most common activity mentioned by Egyptians who currently have or have had a side job.

Of these respondents, 78% said having a side job was a good source of extra income, 45% claimed it provided them with new experiences, and 40% mentioned it increased their self-confidence.

Nielsen discovered that nearly 80% of Egyptians are aware of the direct selling model in which independent representatives sell goods or services outside a traditional retail environment. Many international businesses have used this business model for more than a century to move their products to market efficiently.

A majority of the Egyptian participants in the study perceive direct selling as a good way to own a business because of the low start-up costs involved. This is a significant finding for the industry, considering that many respondents cite financial risk as a barrier to entrepreneurship.

The study revealed that Egyptians tend to associate direct selling with online businesses, an important link to the gig economy, which has flourished, in part, due to advances in mobile technology. 71% of respondents believe that the direct selling model helped boost entrepreneurial activity in Egypt during the COVID-19 pandemic.

According to Nielsen, among those respondents who started a direct selling business with QNET, 72% remain with the company today. That is the highest retention rate among all the direct selling companies examined by the study.

Respondents who said they had considered exploring QNET’s direct selling opportunity were encouraged by the fact that it is a highly recommended, global company with a positive “word-of-mouth” reputation, meaning respondents hear good things about the company from friends and family. Respondents also mentioned factors such as its friendly and knowledgeable representatives, quality products that customers want to buy, and strong partnership deals.

The findings of the study were presented to the media at an event in Cairo on August 2nd, at which Deputy Regional General manager of QNET, Mr Houssam El din Elmilliegi said, “This study demonstrates how direct selling companies like QNET are strong supporters of entrepreneurship and the growing gig-economy in Egypt and throughout the middle east. With low start-up costs, a portfolio of quality products in high demand, and innovative online tools like our award-winning mobile app, QNET provides our distributors with the independence, flexibility, and support they need to own and grow a successful business.”

The respondents interviewed for this study were selected from various socioeconomic backgrounds from across Egypt. 51% were males, and 49% were females. Their ages ranged from 20 to 55. Nielsen IQ is a globally recognized industry leader in consumer research. 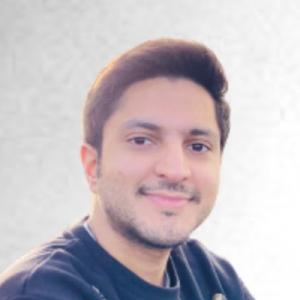