This article first appeared in the Morning Brief. Get the Morning Brief sent directly to your inbox every Monday to Friday by 6:30 a.m. ET. Subscribe Friday, September 16, 2022 Today’s newsletter is by Julie Hyman, anchor and correspondent at Yahoo Finance. Follow Julie on Twitter @juleshyman. Another day, another […]

Another day, another tumble in tech stocks.

The disproportionate shellacking the sector has suffered recently has raised questions about why, exactly, technology is seemingly so vulnerable to rising interest rates.

The answer? Rate hikes are far from tech’s only problem.

Traditionally, rising rate periods have implications for many sectors — not just tech. When rates go up, it costs more for companies to borrow money to finance their businesses. It can also mean consumers have less disposable income because they, too, are paying more for mortgages and cars and credit cards. That latter point is especially pertinent now. Not only are homebuyers paying more than 6% interest for a 30-year mortgage for the first time since 2008 — they’re doing it while paying 13.5% more for groceries than a year ago.

In other words, we’re seeing the double whammy of inflation and rising interest rates. While the Federal Reserve has been raising rates to tamp down on inflation, the central bank still has a long way to go. Data released on Tuesday revealed that inflation remains high at 8.3%, though it moderated slightly in August.

Of course, this environment has taken its toll on the broader market. The S&P 500 has fallen 17% this year, beginning its decline before the Federal Reserve began raising interest rates on March 16.

Still, tech has gotten slammed harder. The S&P Info Tech Index — whose members include tech giants such as Apple (AAPL) and Microsoft (MSFT) — has fallen 25% this year. The Communications Services group, with Netflix (NFLX) and Apple (AAPL), has fallen even further — by 33%.

Let’s leave aside the modeling and nitty-gritty calculation of higher financing costs and whether Netflix is paying more to service its debt than energy companies (the best S&P 500 performers this year).

Some of tech’s underperformance might come down to vibe. Speaking to Yahoo Finance’s Brian Sozzi this week, Goldman Sachs Managing Director Eric Sheridan pointed out that tech is an inherently risky sector — and right now, investors crave safety because they’re uncertain of the Fed’s next moves.

“At the end of the day, what tech investors want is visibility into a calm economic environment,” Goldman Sachs Managing Director Eric Sheridan told our Brian Sozzi at his firm’s tech conference this week. In order for tech stocks to do well, he added, “You really need a stable macro environment where people feel comfortable putting more risk back on in their portfolio.”

It’s not just about feelings, though. Technology companies across the spectrum have seen lower demand recently as COVID-19 has eased and inspired consumers to re-join the physical world. Investors have had to readjust their expectations for the future growth of companies like Netflix and Meta (META).

Semiconductor makers have been hit in particular as they’ve struggled to adjust to the tightness in supply brought on during the pandemic, followed by the unwinding of that trend.

While Meeks believes in tech in the long term, he contends the current inventory correction puts them at risk right now. “I’m really worried now, because the key driver for the tech sector is semiconductors. The semiconductor stocks are in peril,” he said. “Semiconductor companies will be required to lead us out, and unfortunately, they are really sagging here. I don’t see near-term relief.”

While inflation and interest rates are two problems for tech, they’re clearly not the only challenges the sector faces right now. In the short term, at least, investors might continue to stay away.

What to Watch Today

Amazon’s Thursday night football: Why it’s a ‘long-term play’ for the tech giant

Be mentally ready for a ‘lengthy’ period of slow economic growth, warns Goldman

‘I think we’ll be right’: Scaramucci dishes on SkyBridge deal with FTX inked during Andrea Bocelli concert in Italy 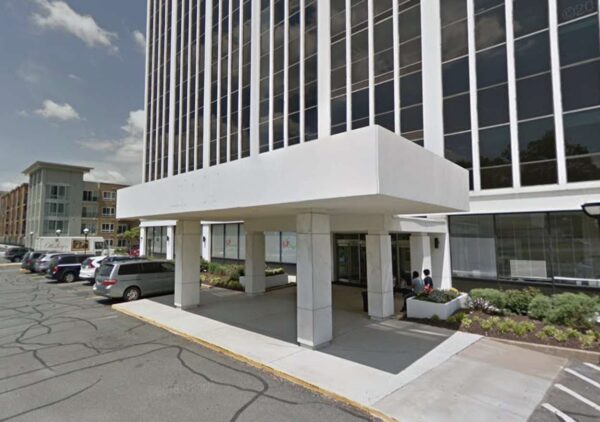