ATM acquiring architecture requires infrastructure upgrade, to remain relevant in the context of an increasingly diverse range of digital channels and changing customer behaviours. Fortunately, technology has progressed, and a Channel Integration model has arisen that appears to be capable of resolving many of the issues that ATMs face. Banks […] 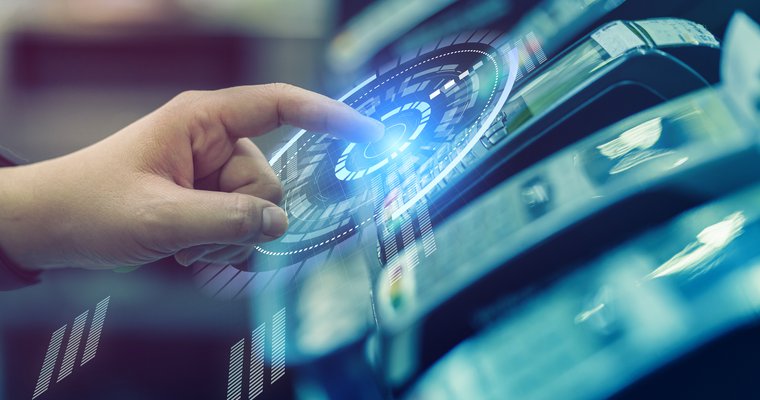 ATM acquiring architecture requires infrastructure upgrade, to remain relevant in the context of an increasingly diverse range of digital channels and changing customer behaviours. Fortunately, technology has progressed, and a Channel Integration model has arisen that appears to be capable of resolving many of the issues that ATMs face.

Banks and other deployers have begun to break down channel-based communication barriers and offer true cross channel services in order to reduce costs while providing a set of common integrated services across all digital channels as a result of the introduction of new technologies and innovation in the Financial Services sector.

The ATM of the future, in a digital-first world, has the potential to be important, complementing, enhancing, and even replacing branches, assisting banks in meeting the problems they confront from all sides. ATMs evolved into the channel integration model from a couple of others before that.

At the server level, there is a tight separation between the ATM software and its Terminal Handler equivalent because most current installations are based on the decades-old traditional architecture. As a result, every bank that wanted to deploy ATMs from many suppliers felt obligated to additionally purchase software from each of the vendors, resulting in multiple ATM applications.

The only layer where any standards could be defined was between the ATM and its Application and the Terminal Handler. This contributed to the success of ATM and Central Host environment protocols and the creation of de-facto standards based on a hardware manufacturer centred architecture.

This model clearly restricted and limited the ability to evolve in response to market demands. Furthermore, it compelled financial institutions to deploy ATM applications from many manufacturers in order to benefit from competition among hardware providers, resulting in operational complexity and compatibility concerns.

XFS for financial services became more widely known around the year 2000 as an interface between ATM hardware and the application software that drives the terminal, allowing applications from a variety of providers to be used at the ATM, similar to how a banking platform allows for open banking.

As a result, the vast majority, if not all, of ATMs now support XFS. Any XFS-based application should ideally be “multi-vendor,” meaning that it can operate as well on any ATM from any provider.

Multi-vendor software can be provided by ATM hardware manufacturers or independent companies with no commercial relationships to hardware manufacturers. However, although the introduction of XFS, together with actual multi-vendor applications, has shattered the monopoly or duopoly of hardware suppliers in the software arena, the ATM channel remains compartmentalized and handled differently than any other digital channel.

While XFS does not directly address these challenges, it does provide a significant opportunity to replace the traditional hardware vendor-centric channel integration approach with one that is more flexible, sound, and cost-effective.

The hardware is separated using XFS in this concept and architecture, and the software stack can be more logically arranged into an integrated ATM solution. This links with external entities more effectively, such as additional channels or transaction processing layers. Furthermore, precise international standards have now specified the layers.

The channel integration model offers a simpler, more cost-effective, conventional, and widely acknowledged interface that concentrates on the business side of things while ignoring all of the complexities associated with ATM maintenance.

Other advantages of this standardized and integrated strategy include the cheaper cost of ownership, increased availability, cross-channel capabilities, and more effective ATM estate maintenance and management.

ATM software that allows for smooth alignment with current and future needs will be critical. Customers who demand consistency between mobile and physical channels, along with ATMs, would use ATMs more frequently, potentially lowering the cost per transaction of maintaining an ATM system.

It also improves operational efficiency by only delivering what is really used, and it increases customer loyalty by providing what is required in a user-friendly manner. In a digital-first future, ATMs will play a key role alongside branches and digital in assisting banks in achieving their larger transformation goals.

Home Decorating Trends That Are Making a Comeback

Fri Dec 24 , 2021
Everything excellent comes back into vogue at some point, so if you missed these furniture and décor ideas the first time around, here is your opportunity. Every generation thinks of itself as the master of fads that they believe are unique and novel, but are actually reincarnations of what their […]