On a recent episode of “Influencers with Andy Serwer,” Ancestry.com CEO Deborah Liu stressed the importance of bringing more diverse talent — including more women — into product roles at tech companies in the U.S. “Product management is important in that it decides exactly what products we use as a […]

On a recent episode of “Influencers with Andy Serwer,” Ancestry.com CEO Deborah Liu stressed the importance of bringing more diverse talent — including more women — into product roles at tech companies in the U.S.

“Product management is important in that it decides exactly what products we use as a society,” said Liu, who founded a nonprofit called Women in Product. “These are the people who choose the roadmaps, the features, the priorities … in the apps that you have, and the experiences that you use. ”

Liu, who released a book called “Take Back Your Power: 10 New Rules for Women at Work” last month, started her nonprofit in 2016 to support women in the product field at tech firms. The group supports a network of over 30,000 constituents and hosts an annual conference with roughly 3,000 attendees.

“So, one of the things we advocate for, it’s actually bringing more diversity to the table, how do we bring more women and minorities people who are underrepresented to the table so that we can build better products that are for everyone?” said Liu, whose current company, Ancestry, has 3 million subscribers who pay for information about their lineage.

Women represent a minority in all roles in tech companies. They constitute just 27% of the tech workforce, according to a 2021 study of 56 companies by AnitaB.org, a nonprofit that promotes the advancement of women in the technology industry.

Other research shows that women face a particularly tough road in product roles. For instance, 60% of female product managers want to be promoted into product leadership, but most report a challenge figuring out how to get there, according to a 2021 report from Women in Product. Women product managers were also 35% more likely than men to report challenges based on a lack of mentorship, according to the same report.

Before becoming CEO of Ancestry in 2021, Liu worked for over a decade at the company formerly known as Facebook (META) and also did stints at Ebay (EBAY) and PayPal (PYPL). As she progressed through her career, she said she noticed fewer women in product roles.

“For a long time, there were a lot of women in the function, and then it suddenly dried up. And nobody knew why,” she said.

Liu decided to investigate, talking to several well-regarded product managers from the tech industry. That’s when a source informed her that in 2004, Google had decided they would no longer hire product managers without computer science degrees. Google did not respond to a request seeking to verify that the company did in fact institute this policy in 2004. However, a recent job posting for a product manager role at Google does not include the computer requirement.

“So you suddenly dried up the pool of people who were entering at the same time, what happened was women who didn’t have computer science degrees, couldn’t get their next job. I myself went to Facebook as a product marketer, not in product management,” she said.

Though Liu is concerned about the current status of women in tech, she remains optimistic about their future opportunities.

“I think in 40 years, it’s going to be so much better,” Liu remarked. “And I think all of us shouldn’t believe that the arc of history is bending towards more opportunity, you know, for everybody. And that’s what I want. That said, I think we have work to do every single day.” 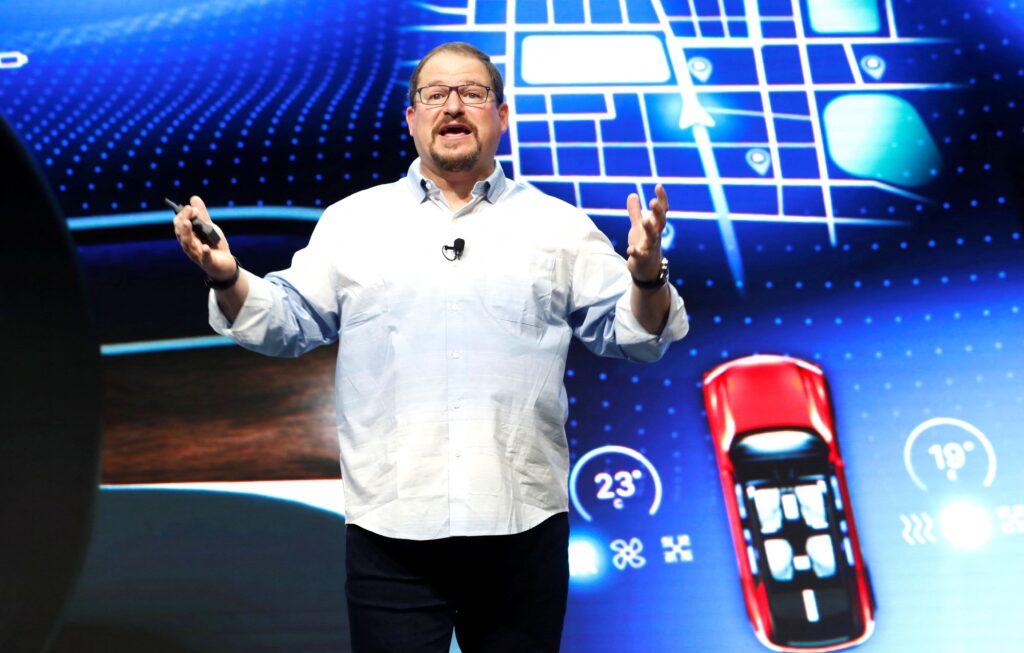